Please note that I haven't been able to upload new game files to Itch.io, after deleting old ones. I'm waiting on support to reply. In the mean time, the game files are available on my website.

An esoteric murder-mystery in an elevator. As Detective Monaghan, you just had the worst, and probably last, day of your career. As you enter the elevator you feel things are not going to get better. Can you solve the mystery? Can you find yourself? Can you move on?

Does the game end? I thought the thing in the top left corner was a timer, but it just kept going off the line.

Also, I discovered a glitch. After pressing enter to get rid of the "maybe he committed suicide..." text, if you press enter a second time, the game will glitch out.

Also, the game doesn't let you talk to the hitman, but that might be programmed in (also, isn't really necessary since after talking to everyone else, it's obvious who did it).

Currently the game never ends. The game was meant to stop when the timer had hit max, just as we had planned text for the hitman, but we did not have time to finish those features.

Thanks for reporting the bug. Hopefully I have time at some point to fix it, and complete some of the missing elements.

I got Scandinavian Extreme S-rank. I didn't really get a special ending or anything.

well done! That's the highest achievable rank in this version! I don't remember if this is still part of the game, bit pressing g "0" might give you more points to unlock the secret, unachievable rank.

Thank you so much for taking some time and playing our little, weird game :) 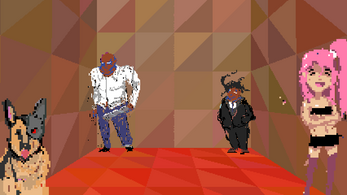 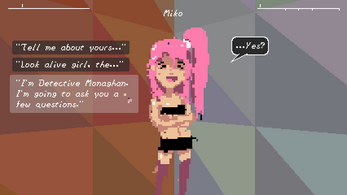 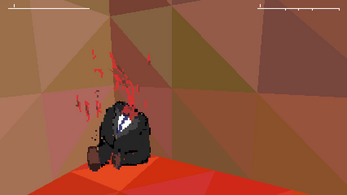